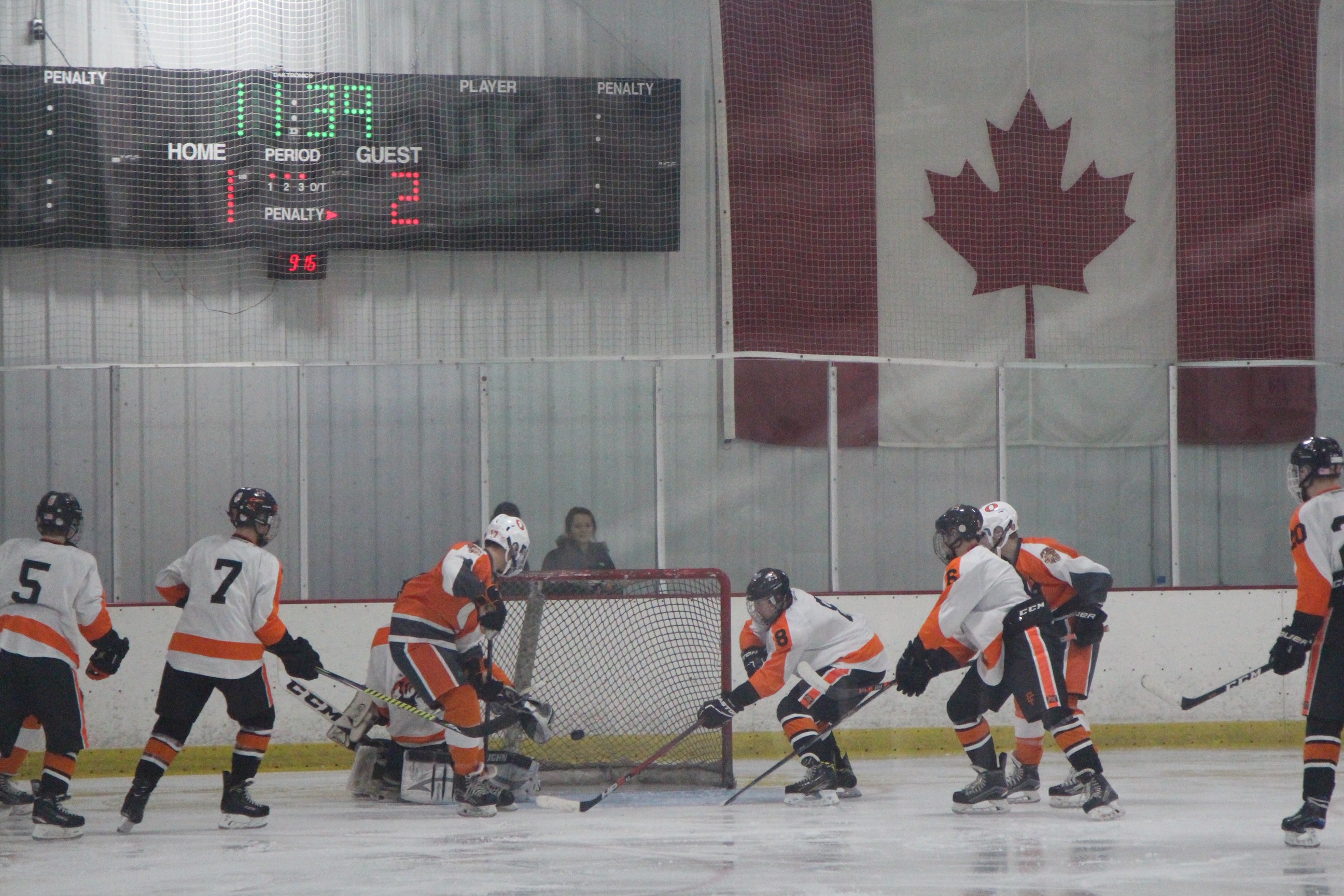 Orange over came a slow start to defeat Chagrin 6-2 in a Division match up Saturday at The Pond. Chagrin scored first and took a 1-0 lead into the first intermission. Justin Beachler scored first for Orange with 11:00 minutes left in the second period knotting the score at 1-1. With 6:19 left in the second period Tommy Hill scored Orange’s second goal. Orange took a 2-1 lead into the third period. Defenseman Kyle Haddon added to the Orange lead with a goal taking the score to 3-1 Lions. Freshman Winger Piper Coker scored with 9:31 left in the third period giving Orange a 4-1 lead. Matt McCuskey joined in on the scoring making the score 5-1 Lions. Justin Beachler rounded out the scoring for Orange with his second goal of the night, after a Chagrin goal, making the final score 6-2. The Lions victory makes their record 2-1 in conference play. Their next game is a home game at The Pond vs Canfield.