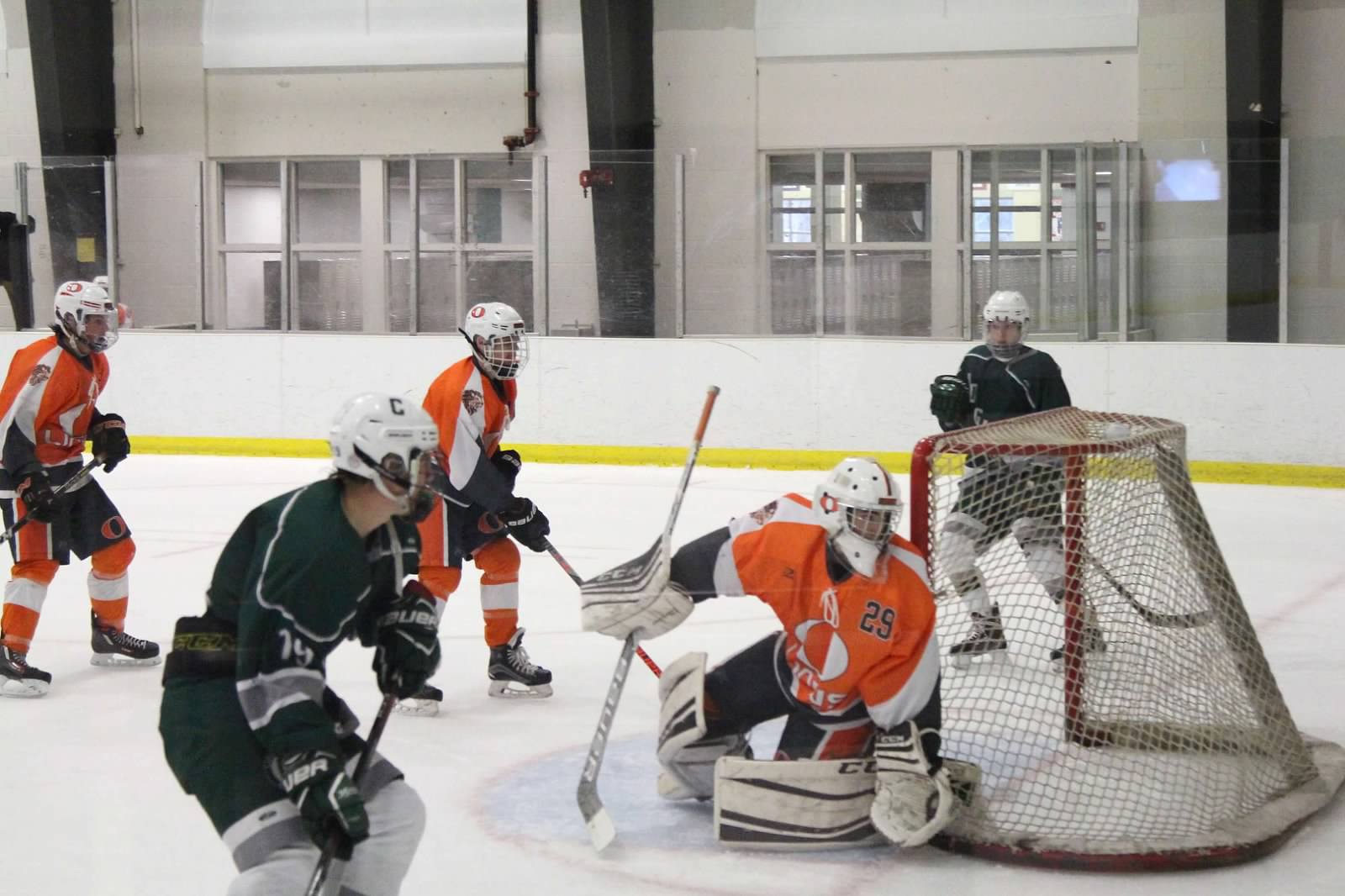 Lake Catholic rode a strong first period to victory over the Lions on saturday afternoon at the Cleveland Heights Rec Center. The Cougars scored the four goals of the game, giving themselves a commanding lead. Justin Beachler was able to answer late in the first with an unassisted goal cutting the lead to 4-1 at the first intermission. Lake Catholic scored two more times in the second period without an answer from the Lions. The lone third period goal was another unassisted goal by Beachler (2) which was also scored short handed. Sophomore goalie Danny Moore continued a great tournament with 43 saves for the game.